Long time employee of Rural Organics and Organics for Rural Australia, Rhonda Thomas, is involved with charity work with Melbourne’s Royal Children’s Hospital Auxiliary, CasKids. This group of devoted women get together with creative ideas to raise vital funds for the hospital’s Casualty and Emergency Department.

In March 2007, they held a Dutch Auction and Dinner at Eastern Golf Club, at which Rural Organics donated a signed Pro Hart print which raised $700 towards their cause. So far this year, Rhonda’s Auxiliary has raised $12,000 with the proceeds to go towards purchasing necessary medical equipment. 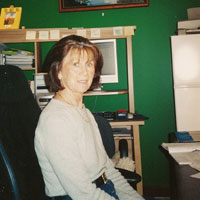 “We are only a small group of women who enjoy donating our time and work which goes towards supporting the health and well-being of our young children whilst in hospital,” Rhonda said.

About CasKids
Formed in 1967, this group was born the Nunawading Auxiliary. Members were drawn through experiences they had had with the hospital. Some had children who were seriously ill, and there were those who lost their children to life threatening illnesses. In 1995, they changed their name to CasKids. Their fundraising activities include fashion parades, Dutch auctions, sausage sizzles, and much more.

“Never doubt that a small group of thoughtful, committed citizens can change the world; indeed, it’s the only thing that ever has.”