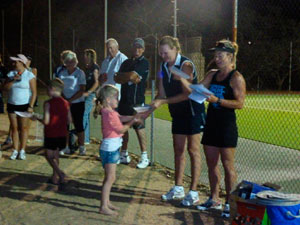 I can happily say that the 2011 Eneabba Triathlon was a great success and delivered a day of fun, family and fitness to all involved. Thank you to all the competitors it was fantastic to see you all out there having a go and trying out this fantastic sport.

There were many helpers that made this day successful: Lib Browne helped me organise signs and put them out and also helped to run the event on the day; Lynne Kretschmer…the water and gate girl and more importantly pool manager; All the guys in utes at the bike/run turns; Gilby, Ashley Auld and Peter Smallwood, 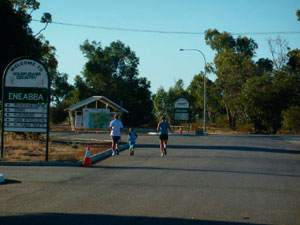 The Eneabba school (Megan, Robyn & Sharon) for the use of equipment and resources; Chris O’Callagan for advertising the event in Coorow, Chris Western for following the kids around on the bike leg and the many other helpers timing, helping kids with shoes, the older kids who were life guarding the pool while the kids swam and helpers directing competitors where to go – Shauna Bavoilott; Jo & Kiya White; Jay, Tayla and Brooke Morris; Karen Taylor, Cathy Auld, Jess Elliot, Sharon Buckridge, Nick Ashby & Will Browne.

Without the help of volunteers events like this would not be possible to thank you for all those involved and I am sorry if I have missed anyone. 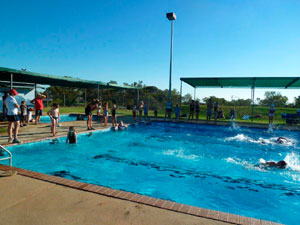 A total of 23 kids competed in the 50m swim, 2.5km bike and 500m run and they did it like true champions, we certainly have a great group of budding young triathletes.

The Come & Tri commenced once the kids had finished and a total of 8 individuals and 4 teams took on the 300m swim, 7.5km bike and 2.5km run. Everyone competed in great spirits and the cheering of encouragement on the side of the road was admirable. Avon Rayner took out the individual event with a consistent swim, bike and run with Will Browne in 2nd (I think Will’s bike time was faster than his swim/bike transition time!!) and strong running from Barb Smallwood brought her home in 3rd . 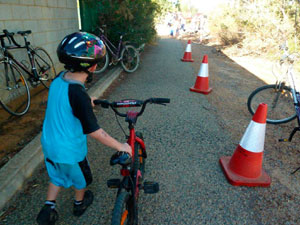 The Bavoillot family won the teams event with a solid swim from Jade, consistent bike from Shauna and an amazing 2.5km run from little Lukie.

We had competitors ranging in age from 5 to 60 competing in Saturday’s triathlon, so you are never too old or young to get out there and have a go. I can confidently say the Country spirit is alive and well in Eneabba, let’s hope we see you all there again next year to battle it out again. 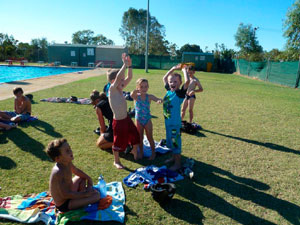 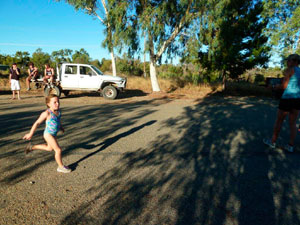